The Yom Kippur War,
A battalion physician’s experience of a war that shaped Israel and the Middle East. 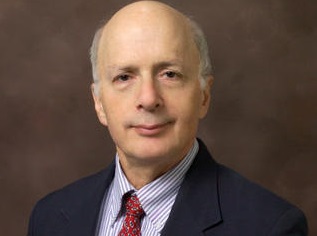 Itzhak Brook MD served as a battalion physician during the Yom Kippur War and authored the book "In the Sands of Sinai: a Physician’s Account of the Yom Kippur War." This book recounts his personal experiences as a battalion physician during that time. It describes how he coped with his soldiers’ medical and psychological issues, the daily struggle of survival in the battle zone, the resourcefulness exhibited during the time of war and the struggle to preserve one’s humanity in the midst of it all.

Itzhak Brook, MD, is a Professor of Pediatrics and Medicine at Georgetown University in Washington DC and the past chairman of the Anti-infective Drug Advisory Committee of the United States Food and Drug Administration (FDA). He was born and raised in Haifa, Israel; graduated from Hareali Haivri High School; earning his medical degree from Hebrew University, Hadassah School of Medicine, in Jerusalem. Dr Brook completed his pediatrics training at Kaplan Hospital in Rehovot, Israel. He served in the Israeli army as a medic in the Six Day War in 1967 and as a battalion physician during the Yom Kippur war in 1973. Subsequently, he completed a fellowship in infectious diseases at the University of California, Los Angeles. Dr. Brook served in the US Navy for 27 years.

Dr. Brook is the author of six medical textbooks, 145 medical book chapters and over 750 scientific publications.